You are here: Home > Actions 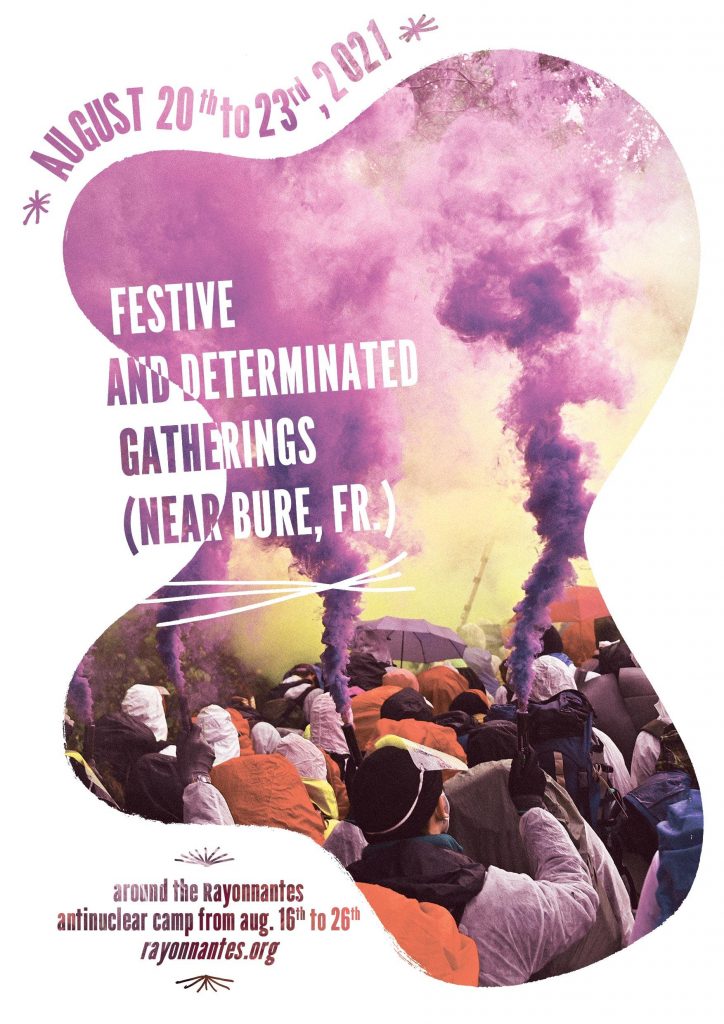 We relay a call to action that will take place at the same time as The Rayonnantes camp and on the same territory published on Nantes Indymedia .

Why relay this call?
Fighting against nuclear…it’s something ! Today, nuclear depends on a multitude of persons and structures that have no interest in seeing it stopped : private or public companies, elected officials, international traders…

To oppose it, it seems necessary to us to use several means of action

The Rayonnantes have been designed to welcome proposals : whether it be workshops or actions, we can’t organise everything, besides, self-organizing is the futureon ne peut pas tout organis.

So we are building a camp, but we are also super happy to come out and make our voices heard in a different way.